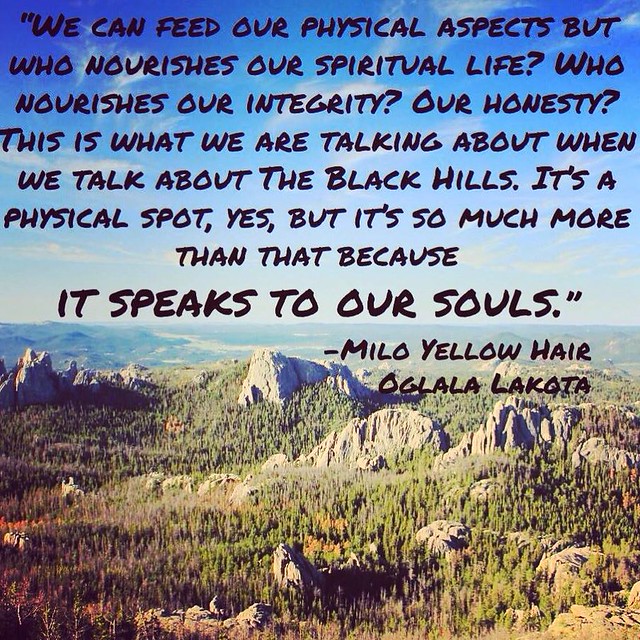 The Black Hills Unity Concert is a three-day, drug, alcohol and admission free event that utilizes the instrument of music to unite Lakota/Nakota/Dakota peoples (the Pte Oyate) in the name of our sacred sites and our Mother Earth. We understand that only with increased dialogue and connection between our many sub groups can we move forward with retrieving our most sacred site, the Black Hills, and with so many other issues.

The Black Hills Unity Concert is also a hub for groups and organizations, local and nation-wide, working to address social, environmental and indigenous issues including but not limited to: sacred sites preservation, youth suicide, substance abuse, environmental contamination, species preservation, cultural reconciliation, care for the elderly, traditional foods revitalization, economic development/poverty alleviation, men's and women's health, cultural revitalization and language preservation. We acknowledge the interdependence of these issues and that to heal one is to heal the other.

Frank Waln, Scatter Their Own, Good Voice Wolf, Jeremy Goodfeather, 7th Generation Rising, Nahko Bear  and so many more are currently planned to share at Unity Concert 2015 alongside many speakers and workshop leaders to make this an uplifting, educating, healing, productive and UNIFYING event.